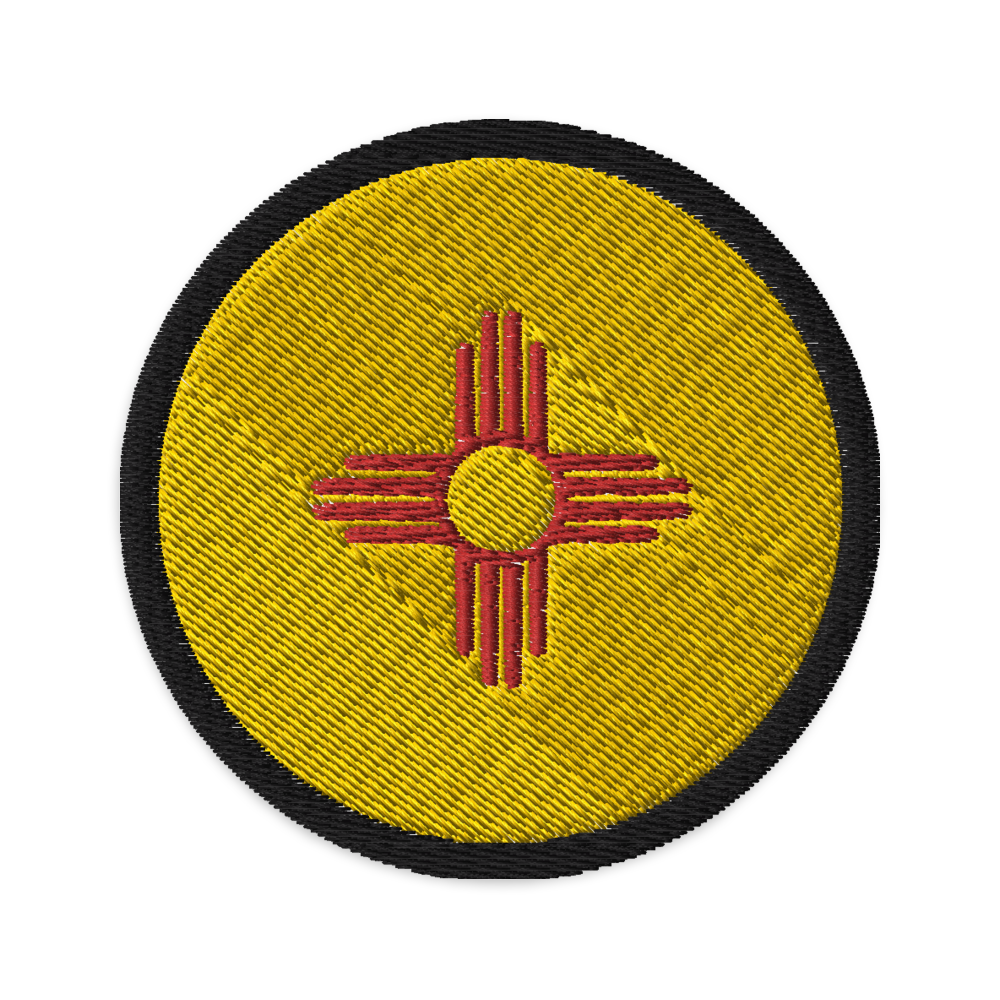 Not many know that the famous red and yellow Zia flag is not the original State Flag of New Mexico. While the best flag in history, the Zia flag was adopted as New Mexico’s second State flag in 1925, a good 13 years after New Mexico’s admittance into the United States as the 47th state. And for the first few years, there was apparently no NM State flag at all.

The original flag had a blue background, a miniature US flag in the corner, #47 in the another corner, the State Seal in the other corner with the original State Motto “The Sunshine State,” and the words “New Mexico” inscribed across the body of the flag.

In 1925, Dr. Harry Percival Mera, an anthropologist, and his wife, Reba, entered the competition. After seeing the design on a piece of pottery from Zia Pueblo in a local museum, Reba sewed the flag and used colors based on the Spanish Flag at the time.

The Meras won the competition and the rest is history.

I salute the flag of the state of New Mexico, the Zia symbol of perfect friendship among united cultures.

That a flag be and the same is hereby adopted to be used on all occasions when the state is officially and publicly represented, with the privilege of use by all citizens upon such occasions as they may deem fitting and appropriate. Said flag shall be the ancient Zia sun symbol of red in the center of a field of yellow. The colors shall be the red and yellow of old Spain. The proportion of the flag shall be a width of two-thirds its length. The sun symbol shall be one-third of the length of the flag. Said symbol shall have four groups of rays set at right angles; each group shall consist of four rays, the two inner rays of the group shall be one-fifth longer than the outer rays of the group. The diameter of the circle in the center of the symbol shall be one-third of the width of the symbol. Said flag shall conform in color and design described herein.