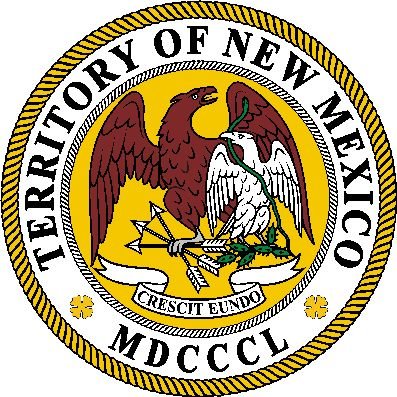 2022 September 2 – The 50th Annual Hatch Chile Festival is held in Hatch, New Mexico, marking a half century of celebration of one of the State Vegetables of New Mexico.

2022 September 6 – The 63rd Annual All American Futurity is held at the Ruidoso Downs Racetrack in Ruidoso, New Mexico, which has the largest purse in the United States of three million dollars. The contest is comprised of 2-year-old American Quarter Horses at the classic distance of 440 yards (one quarter mile).

2015 September – The last and final Whole Enchilada Fiesta takes place after 35 years, which featured the then Guinness Book of World’s Largest Flat Enchilada created by legendary Las Crucen Roberto Estrada, who passed away in 2021.

1850 September 9 – The Territory of New Mexico and the Territory of Utah are established as part of the Compromise of 1850. U.S. President Millard Fillmore signs An Act proposing to the State of Texas the Establishment of her Northern and Western Boundaries, the Relinquishment by Texas of all Territory claimed by her exterior to these Boundaries, and of all Texas’ claims upon the United States, and to establish a territorial Government for New Mexico. The Territory of New Mexico includes all of the future State of New Mexico, with exception the southwestern corner lying south of the 32nd parallel north and west of the Rio Grande which remained a part of Mexico – which becomes a part of New Mexico and United States after ratification of the Treaty of Mesilla aka the the Gadsden Purchase – plus most of the future State of Arizona and portions of the present-day states Nevada and Colorado.

1821 September 1 – William Becknell and a party of frontier traders leave New Franklin, Missouri bound for Santa Fe by way of the upper Arkansas and Purgatoire rivers. The Becknell route will become the Mountain Branch of the Santa Fe Trail.

1595 September 21 – Don Juan de Oñate’s petition and contract for the conquest of New Mexico was presented to Luís de Velasco, the viceroy of Nueva Vizcaya, and approved. In 1607, Oñate resigned as governor and, in 1614, was tried and sentenced for his cruel actions and ineptitude in ruling the colony. Oñate was fined, banished from New Mexico in perpetuity, and exiled for four years from Mexico City and its vicinity; he also lost his titles as governor and captain general of New Mexico. He appealed his convictions several times after his banishment from Mexico City had elapsed. Evidence of a pardon, likely granted between 1622 and 1624, is inconclusive.