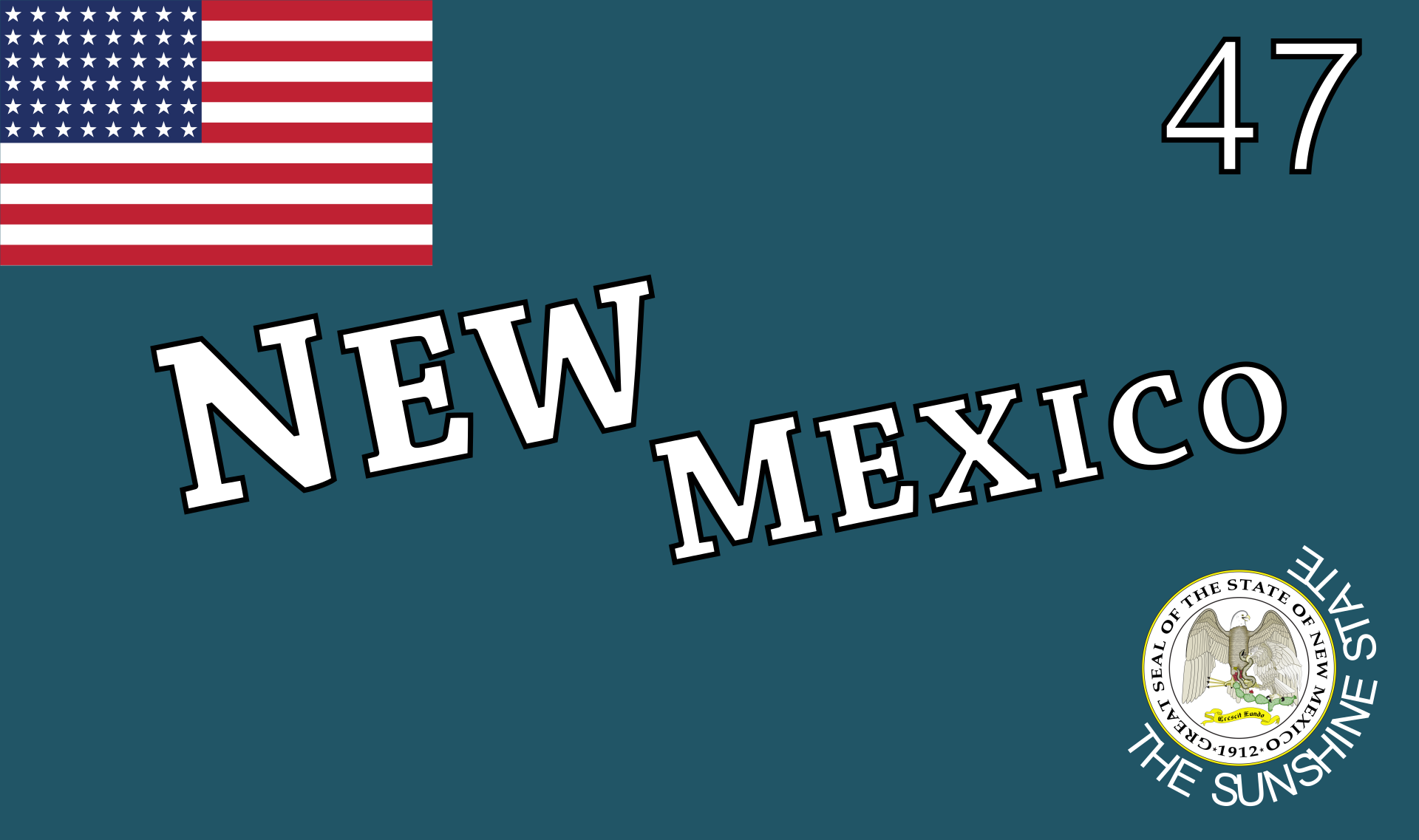 1988 October 28 – The National Park Service changes the name of the Gran Quivira National Monument to Salinas Pueblo Missions National Monument, which was originally established on November 1, 1909. Located near present day Mountainair, New Mexico, the once thriving trade community of the Tiwa and Tompiro language-speaking Pueblo people dating back to the 11th century, construction of the Catholic missions began in 1622 and was completed in 1635 and was established by Fray Francisco Fonte and was depopulated by the late 1600s.

1923 October 25 – Carlsbad Caverns National Monument is created by proclamation by U.S. President Calvin Coolidge, which was later established as Carlsbad Caverns National Park on May 14, 1930, by President Herbert Hoover.
1922 October 27 – Ralph Kiner, American Baseball Hall of Fame left fielder is born in Santa Rita, New Mexico. Kiner was the National League home run leader from 1946–52 and a six time MLB All-Star for the Pittsburgh Pirates, Chicago Cubs, and Cleveland Indians, and subsequent to his playing career, a manager for the San Diego Padres and a sportscaster for the New York Mets. He died in 2014. His traditional home run call, “It is gone, goodbye,” is still a signature phrase in baseball.

1921 October 29 – Pulitzer Prize winner, Bill Mauldin, American cartoonist famous for his World War II cartoons depicting American soldiers, was born in Mountain Park, New Mexico. Mauldin was credited by GIs with helping them get through the war with his comic Willie and Joe, and famously made fun of General Patton, whom attempted to have Mauldin fired, although General Eisenhower intervened. He died in 2003 and is buried in Arlington National Cemetery.

1913 October 22 – A coal mine explosion occurs in Dawson, New Mexico, killing 263 miners and two members of a rescue team resulting in the second worst mining disaster in United States History. A second explosion happened in February 1923 and killed 120 miners.

1905 October 3 – U.S. President Theodore Roosevelt creates the Portales Forest Reserve, consisting of 172,380 acres through proclamation, which is later abolished on March 16, 1907 by President Roosevelt who stated the “no longer required for experimental forest purposes” and the land was returned to the public domain.

1878 October 1 – President Rutherford B. Hayes appoints General Lew Wallace as governor of New Mexico Territory where he will serve until 1881. During his tenure, he was tasked with ‘taming’ New Mexico, and addressed the Lincoln County War and promised Billy the Kid a pardon. After his governorship, he was appointed Ambassador to the Ottoman Empire during which he wrote “Ben-Hur.“ Wallace famously said, “Every calculation based on experience elsewhere fails in New Mexico.”

1841 October 5 – The Republic of Texas Santa Fe Expedition surrenders to Nuevo México troops under the command of Governor Manuel Armijo. The captured Texian troops are marched to Mexico City with an account of the trek was written by George Wilkins Kendall entitled Narrative of the Texan Santa Fé Expedition. The failure of Santa Fe Expedition would result in Texas President Mirabeau Lamar being impeached, however, Texas never relinquished its unfounded claim to the territory until the ratification of The Compromise of 1850.

1840 October 6 – New Mexico’s first State Senator, former Confederate Soldier, and Leader of the Santa Fe Ring, Thomas Benton Catron, is born in Lexington, Missouri. Though serving in the Confederate Army, Catron was a Republican and was appointed as Attorney General and subsequently became the largest land holder in New Mexico after becoming legally familiar with land grants. After a long and illustrious career, Catron died in Santa Fe on May 15, 1921.

1712 October 5 – Juan Ignacio Flores Mogollon, after whom the Mogollon Mountains and subsequent ghost town of Mogollon takes its name, who had been commissioned by Felipe V at Madrid, assumed the office of governor of New Mexico.